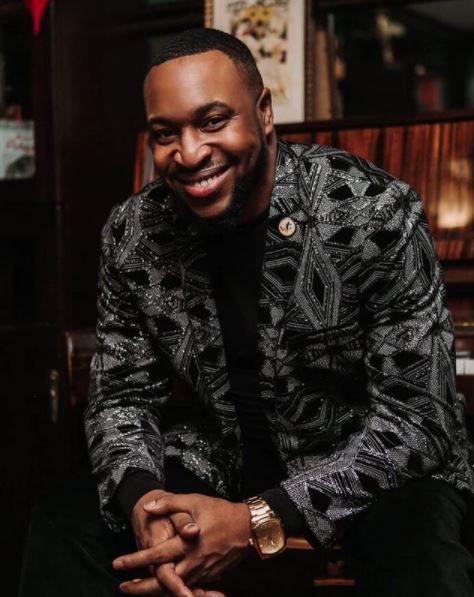 These are just a few of the titles claimed by DC-based jazz artist Aaron Myers, whose life story is anything but typical. Originally from Goodlow, Texas, Myers found his passion for performing at an early age while playing music in the church, eventually choosing the piano as his instrument of choice. His soulful baritone voice, second-to-none stage presence and captivating personality make him one of the most exciting up-and-coming acts in jazz!

As a young man, Aaron joined the United States Army where he served for 2 years before enrolling at Navarro College where he majored in business and theater. While at Navarro, Aaron ran for Mayor of Corsicana, the town where the school was located. Despite losing a closely contested election, Myers decided then and there that politics and advocacy would continue to play a major role in his life.

After college, Aaron packed up and headed out west to Los Angeles where he got his first taste of life as a professional entertainer. While in California, he was the featured talent at the Fashion TV's 10 year Anniversary Party, made his rounds as a studio musician and served as a Music Supervisor for the film “A Song and a Prayer.” Within ministry, he was the Assistant to the Youth Pastor at West Angeles Church of God in Christ while also serving as the musician for the Youth Department - never straying too far from his gospel roots.

After a life-altering accident that almost claimed his right hand, Aaron decided he needed a change. So, he joined the Obama Campaign for Change in 2008 as a Field Organizer in the battleground states of Texas and Florida, finding his love for community organizing and engagement, and slowly working his way back into playing shape. After the campaign was over, he moved to Washington D.C. where fostered his gift for advocacy and began establishing himself as a musician-to-know in the vibrant jazz scene of Chocolate City.

Upon Aaron’s arrival in our Nation’s Capital, he immediately began activating spaces for live performances around the city, ultimately serving as Resident Artist at the Black Fox Lounge for 5 years while producing over 150 shows before becoming the current Resident Artist at the storied Mr. Henry's Restaurant in Capitol Hill. He remained committed to his role as an activist as well, becoming the National Director for the now defunct Global Family Program headed by the late Linda Grover, staying active with the DC Young Democrats and by forming the DC Jazz Lobby in 2016 which focuses on music and arts policy initiatives at the federal and local levels.  He is the 2016 recipient of “Best Jazz Artist”  at the International Music & Entertainment Awards and also recognized in 2016 as a distinguished alumnus of Navarro College.

Mr. Myers is a stout advocate for Mental Health and LGBTQI Rights. As part of his advocacy, he chairs the Board of Directors for the Capitol Hill Jazz Foundation as well as serves as Board Secretary of Crittenton Services of Greater Washington. He sits as a member of the board of directors for CTE Vision Foundation and Covenant Full Potential Development Center. During the ongoing COVID-19 Pandemic, he has led the DMV Music Stakeholders cohort as they share resources, offer relief, and advocate for community needs to help strengthen and preserve Washington’s music ecosystem.  In 2019 was awarded the Wammie Award (presented by The Musicianship) for Advocacy.

Myers has been lucky enough to have had his share of performance, festival and hosting opportunities throughout his career as a musician. He’s played numerous events in his hometown of DC including the 50th Anniversary of the Peace Corps, the National Legal Aid & Defender Association 100th Anniversary, Rehearsing/Directing/Performing with the 100 Voice Choir at the World AIDS Conference, performing at the Library of Congress and having the pleasure of being a repeat featured artist for the DC Jazz Festival. In 2019, Myers was invited to participate in the Folk Alliance Festival in Montreal Canada, speaking on a panel that discussed the intersection of Arts & Activism, before embarking upon a 6-week, 24 show Jazz Revolution Tour that saw him playing in 20 different cities throughout Russia - a once-in-a-lifetime experience that reinforced his belief in his craft and his ability to make his dream come true.

His credits include 3 albums: "Leo Rising", "The Lion's Den" (both included on the Grammy Voting Ballot) and the holiday album "Snowing in Vegas." He is a voting member with the Recording Academy and also the host of "Jazz Stories" on WPFW 89.3FM.

You can listen to his music on Pandora, Spotify, Apple Music, GooglePlay, Amazon, and other digital streaming services.

"It takes courage to begin, but the art is finishing."

Submit a story: Know of a student story you’d like to see featured here? Send an email to marketing@navarrocollege.edu and tell us all about it!